Smoking can be hard to quit.

However, we believe it is important that smokers who decide to quit realise they can and have the motivation to quit and the belief that they can.

Many smokers are said to be dependent on cigarettes even though they know the real risks of disease involved but still smoke frequently and find it very difficult to quit.

However, millions of smokers have quit without any medical help and millions others have modified how often, where and when they smoke in light of differing social norms. In some countries, such as the United Kingdom, there are now as many ex-smokers as smokers.

While smoking is commonly understood to be addictive, we believe it is important that smokers who decide to quit realise they can, provided they have the motivation to quit and the belief that they can. We believe that if you want to quit, you should.

Various ways have been suggested to help people quit, including using ‘nicotine replacement therapy’ (patches and gums). While all these forms of assistance may be beneficial, the most important factors in successfully quitting are having the motivation to quit and the self-belief that you can.

What people should consider about quitting: 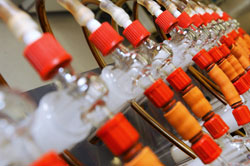